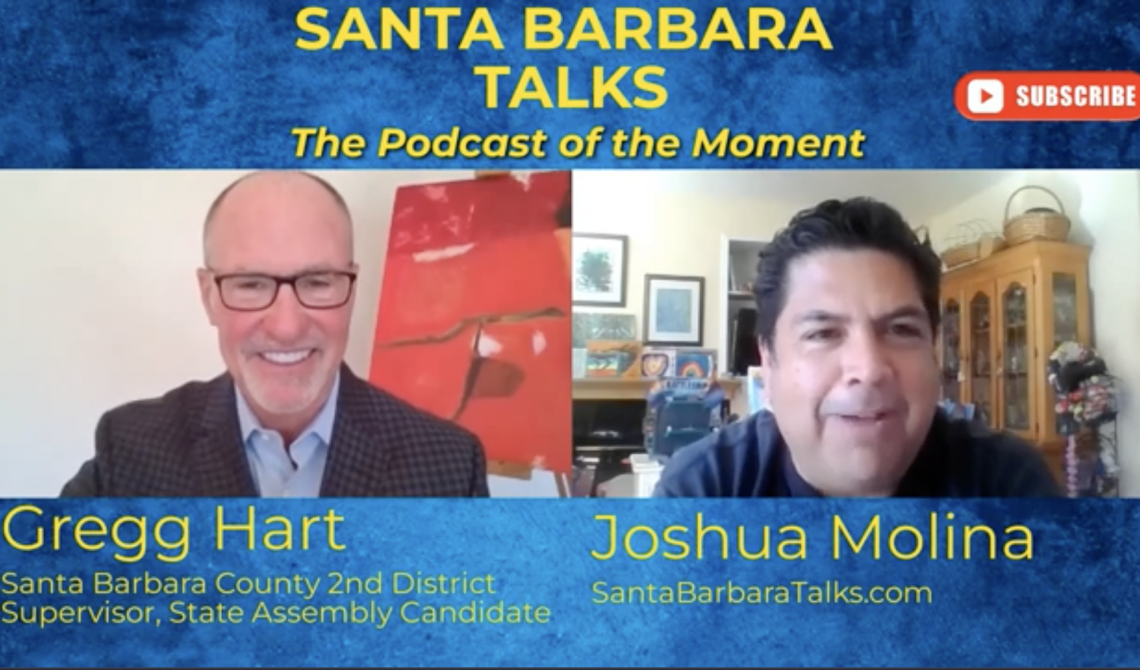 Santa Barbara’s Gregg Hart is headed for Sacramento, making a much-anticipated voyage into state politics. On Saturday, Hart locked up 83 percent of the vote in the California Democratic Party pre-endorsement meeting. Hart is running for California State Assembly. One of Santa Barbara’s most consummate elected officials, he has served over the course of four decades, from starting in the Santa Barbara City Council, then getting elected to the county board of supervisors. In this podcast, Hart talks housing, COVID-19, his approach to statewide politics, his plans for the legislature if elected and the overall changes facing the state. Hart also looks back on his time as a City Councilman and shares stories about former mayor Harriet Miller, councilmembers Tom Roberts, Gil Garcia and more.

Santa Barbara Talks is a podcast founded by journalist and college instructor Joshua Molina. Josh talks to the region’s most interesting and influential leaders about a variety of topics, including education, politics, business, housing and culture. Please consider a contribution by visiting SantaBarbaraTalks.com. All contributions go directly to the content creator and allow SBT to expand to a larger audience and create and audio archive of this tremendous region.