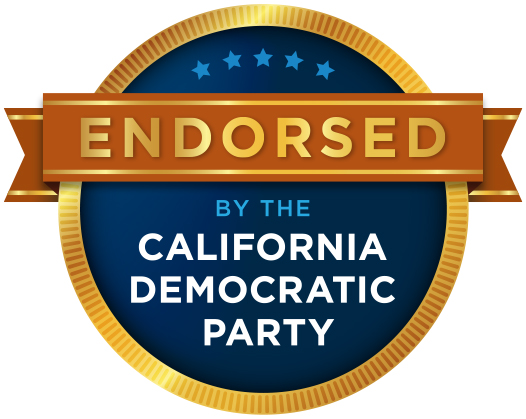 County Supervisor Gregg Hart, who is running for the newly redrawn 37th Assembly District, announced today that he has earned the pre-endorsement of the State Democratic Party during this weekend’s Pre-Endorsement Conference.

Supervisor Hart garnered over 83% of the votes from Democrats who live in the 37th Assembly District.  As a result of this important pre-endorsement vote, Hart’s candidacy for the formal Party endorsement will now be on the consent calendar during the Democratic Convention on March 4th.

“I was honored to receive the highest level of support of any candidate throughout the State during the pre-Endorsement, process”, stated Hart. “This consensus pre-endorsement of the Democratic Party establishes a critical foundation and sets  the groundwork for my campaign to communicate directly to voters throughout the 37th Assembly District.”

The formal endorsement of the Democratic Party next month allows Gregg Hart’s campaign for the State Assembly to utilize the Party’s resources ahead of the June 7th Primary.

Gregg Hart continued, “Through our teamwork, collaboration, coalition building, and hard work, I am confident we will prevail in the upcoming election.  I will continue to work for the residents of the 37th Assembly District to keep our community safe, our environment protected and our economy thriving.”The California Assembly District 37 takes in all of Santa Barbara County and the
very southern portion of San Luis Obispo.